The application layer is the closest layer to the end-user and therefore it provides hackers with the largest attack surface. Poorly designed or misconfigured application layer security can lead to performance issues, stability issues, loss of assets, data theft and eventually, loss of customer trust. Our pentesters assigned to the engagement, work as a team, performing manual security assessmentsover a fixed scope and time, identifying both technical and logical vulnerabilities in the applications themselves.

API PenTesting is focused on exposing security vulnerabilities on the APIs your business exposes to its users and vendors. Beetles have an established methodology where our pentesters construct user API calls, using the same documentation you provide your users and avail them to identify security issues. API security is crucial to organizational security as they have a similar impact to web applications but requires a different approach and skillset to test thoroughly.

The aim of network PenTesting is to simulate an internal, external or hybrid, real-world attack

The aim of network PenTesting is to simulate an internal, external or hybrid, real-world attack simulation on your critical internal and external IPs and identify any weaknesses which may provide unauthorized access to systems or data. Using minimal initial information, we will build a comprehensive map of your internal and external network and proceed to test, from a hacker’s point of view, the security of the hosts within these networks. With a VPN or VM configured to allow a secured channel access into the corporate infrastructure, the Network PenTest engagements can be conducted remotely.

Network devices are crucial for the operation for any organization and, if compromised

Network devices are crucial for the operation for any organization and, if compromised, will have a huge impact on the operations of the business, which is immediately quantified in both business and revenue loss. The entire corporate network runs on this layer of the infrastructure. An attacker gaining access could potentially run a variety of different attacks, including, MITM, Packet Sniffing, DoS. We will conduct a thorough review of the configuration files and all the devices and ensure that weaknesses are identified and the risk of a security incident, reduced.

In the modern IT landscape, Virtual Private Networks (VPN) are the way remote working

In the modern IT landscape, Virtual Private Networks (VPN) are the way remote working employees access the corporate infrastructure. Be it a third-party client or even a site-to-site VPN, the configurations may be tricky and a vulnerability present there could potentially put the entire organization at risk. Since the VPN is the bridge between the external internet and the internal network, an exploitable vulnerability on a VPN may be allowing unauthorized, and possibly malicious, accesses into the corporate network.

Technology is rapidly evolving and digital transformation is in process of migrating from a traditional on-premises to a fully cloud-based or hybrid infrastructure. This allows companies to scale and be flexible while keeping costs low. But this also poses a risk to the organization as well as a compromised account can allow unauthorized and malicious access to information located in the cloud and, in the case of a hybrid environment, internal resources as well. Most of the time, malicious hackers exploit the default configuration settings of the cloud infrastructure. Beetles will conduct a manual security review of the cloud environment to identify any existing, exploitable vulnerabilities due to misconfiguration, improper configurations, and a general lack of industry best practices.

As defined in the PCI DSS requirements, a PenTest must include entire CDE

As defined in the PCI DSS requirements, a PenTest must include entire CDE (Cardholder Data Environment) perimeter and any critical systems that may impact the security of the CDE as well as the environment in scope for PCI-DSS. This included both the external (public-facing attack surface) and the internal perimeter of CDE (LAN-LAN attack surfaces). PCI DSS describes “Critical Systems” as “Security systems, public-facing devices and systems, databases and other systems that store, process or transmit cardholder data.” As well as “firewalls, IDS, authentication servers, etc. any assets utilized by privileged users to support and manage CDE. PCI DSS also describes the CDE as “the people, processes, and technology that store, process or transmit cardholder data or sensitive authentication data.”

Cyber Security is a broad term, and it is just not possible for any type of organization 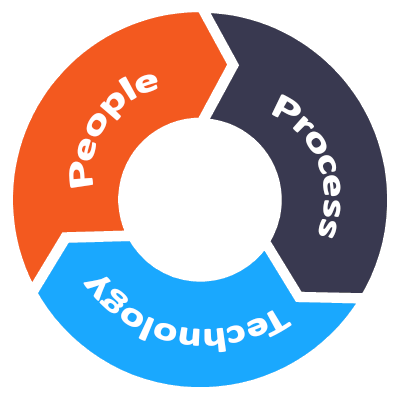 Cyber Security is a broad term, and it is just not possible for any type of organization, regardless of size, to spend limitlessly. After carefully analyzing the key areas of your business, people, process and technology, our team of security experts will advise you about which approach is the safest and cost-effective. This will enable you to make proper, informed decisions without having to worry about spending heedlessly, or purchasing redundant and arbitrary solutionsfor your IT environment and processes.